Judges 8:22-23  22 The Israelites said to Gideon, “Rule over us—you, your son and your grandson—because you have saved us out of the hand of Midian.”  23 But Gideon told them, “I will not rule over you, nor will my son rule over you. The LORD will rule over you.” 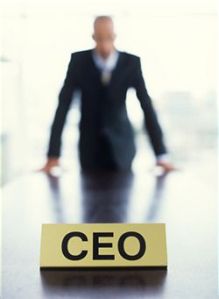 Today’s passage gets to the very heart of why Gideon was successful.  In this chapter we see a different Gideon – we see a confident Gideon.  He destroys anyone in his path with such great confidence that it is terrifying.  The scared wimpy Gideon of the past is gone and the mighty warrior of God has arrived at the scene.  And the best part about it is that he realizes why he is different.  He recognizes the change in identity and purpose.  The difference is the changing power of God in his life.

It’s the most effective way to lead really, God through us.  With God, all of your shortcomings become a non-issue.  With God, all of your wisdom is trumped by all of His.  So when we lead our homes, our kids, our friends, or our companies, we should remember Gideon.  We should remember that it is the Lord who is truly leading.  Let’s just make sure that when we say that, we are really letting Him lead.  Doing so will produce the greatest success anyone’s ever known.

One thought on “The real boss”