If you’ve ever watched a Marvel film, you’ve seen the action packed fight scenes where a single hero is able to take on hundreds of bad guys. This hero possesses superhuman strength, or at least has really cool technology at his disposal (*cough, Ironman).  Watching those scenes makes us not only root for the hero, but it makes us wonder what it would be like to be one. What would it be like to have the strength to take on hundreds… no, thousands!? How cool would it be to fly or walk through walls or throw a shield at people and have it come back to you? Okay, that last one doesn’t sound cool, but I assure you it is.

All of these Marvel characters are fictional, but there were some guys in the Bible who could accomplish the same feats (minus the flying, technology, and green skin tone). They were commanders who fought with David, called the Gadites. These were some seriously legit warriors. So much so that I think that Marvel could make a movie about them. I can see it now: Marvel’s “The Gadites.” Hmmmm…. not a real catchy title.

1 Chronicles 12:14 These Gadites were army commanders; the least was a match for a hundred, and the greatest for a thousand.

Did I read that right? The worst, weakest, least capable fighter could take on a hundred guys. The best one could take on a thousand. That’s just flat out crazy! These guys were like Rambo but without the machine gun. I’m thoroughly impressed! David was, too, because he made them commanders in his army. You would do the same thing. After all, how nice would it be to have someone on your side who could take on a thousand enemy soldiers?

But wait, you do! You have Jesus! You see, the fight we fight is not a physical one. It is spiritual. The Bible tells us that Jesus completely disarmed the the power of the enemy at the cross. He took on thousands and he won. That’s the same Jesus that you have on your side. You’ve got a warrior that is far more capable than the Gadites. He is more capable than Ironman, Captain America, or the Incredible Hulk. He is the incredible Jesus! And He is fighting for you!

I often need to be reminded to do things. It’s not that I don’t care; it’s that I don’t remember. Now before you tell me it’s because I’m getting older, you should know that this has been the case for many years. I’m not helping myself here, am I? The truth is, I tend to take on many things at once, so it’s easy to forget some stuff. 20 years ago I used note cards or a Franklin Planner. Remember the Franklin Covey Planner? Amazing!

I don’t use the paper planner anymore, but I do use google assistant on my phone. It’s much simpler and even a better reminder tool. “Ok google, remind me to 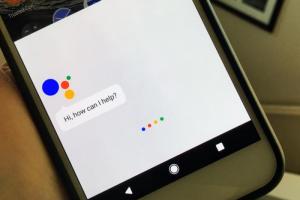 pick up the kids from school at 3:30.” And you know what? It does! My phone dings and up pops my reminder. It’s like I have a personal assistant!

1 Chronicles 11:1-2  All Israel came together to David at Hebron and said, “We are your own flesh and blood. In the past, even while Saul was king, you were the one who led Israel on their military campaigns. And the Lord your God said to you, ‘You will shepherd my people Israel, and you will become their ruler.’”

You see what happened there? The people came together and reminded him of God’s calling on his life. They reminded him that God had told him that he would become the leader of Israel. Now I’m not sure if David was hesitant to lead. I don’t know if he eagerly stepped up to the plate or waited to be asked. But I do know this: he had people in his life that reminded him of his destiny.

How about you? Do you need to be reminded of God’s promises today? It is so important to remember what God has spoken over your life. Maybe on the good days, you do remember. But on the hard days, we tend to get discouraged and lose our hope. Friends, google assistant isn’t going to remind you of the promises of God. Franklin Covey certainly isn’t going to do it. We need each other. We are the reminders!

We all need good advice from time to time. Now there are good places to ask for advice and there are not so good places. The last thing you want to do in your time of need is go to a bad place for advice. Yet we can easily fall into that trap. How? By going to people who are simply going to tell us what we want to hear. The truth is, advice isn’t always fun to receive. It may cause you to rethink your course. It may cause you to see things in a new way. It can determine our next steps. So get good advice!

Ok, I get it. Sometimes you are desperate for an answer. God isn’t answering fast enough. But please, do not go to searching for advice from the wrong places. The horoscope is not the right advice for your day. A fortune cookie is certainly not going to give you the answer you need. And if getting direction from a fortune cookie isn’t bad enough, do NOT seek out wisdom from a fortune teller. The last thing you need is to inquire of a medium like Saul did.

Why does this all matter? It matters because as God’s children, He desires to lead us to places of life. He is to be the voice that gives us direction. He is the one who is a lamp unto our feet and a light unto our path. When we start doing things like consulting horoscopes and mediums, we are essentially consulting the devil for our future. We are looking to a person who has some kind of power, but that power is not from God. That’s dangerous.

So if you need advice, inquire of the Lord. Make that your way of life. Don’t search for advice in the wrong places.

Airbnb, the lease-a-room phenomenon, was started by a couple of room mates in 2008. It all started because they were having a hard time paying rent. They came up with an idea to set up a few air-mattresses in their living room and see if anyone would rent a night’s stay. Along with the night’s stay, they would serve their guests breakfast. So they set up a simple website so that people could register. They soon had their first guests who paid $80 for a night’s stay on their air-mattress and a free breakfast. Not long after, Airbed and Breakfast (Airbnb) was officially launched.

Now I imagine that leasing out a room or space in your living room can be somewhat nerve racking, especially if you get a bad house guest. What if the person who leases your room is high maintenance? What if they are incredibly messy? What if they are diabolically evil and are hatching a plan to destroy your house? Okay, that was a little far-fetched. But what if? Well, if that was the case, you’d be a fool to lease them a room. Why would you lease a room out to someone who wants to ruin you?

Nehemiah 13:4-5 4 Before this, Eliashib the priest had been put in charge of the storerooms of the house of our God. He was closely associated with Tobiah, 5 and he had provided him with a large room formerly used to store the grain offerings and incense and temple articles, and also the tithes of grain, new wine and olive oil prescribed for the Levites, musicians and gatekeepers, as well as the contributions for the priests.

Eliashib took a sacred room in the house of God and put it on Airbnb. Then he leased it to Tobiah. Tobiah! This is the guy who ridiculed Nehemiah and the Israelites who came to rebuild the wall. He opposed the very work of God in Jerusalem. He was a troublemaker and a mocker. In the story of Nehemiah, he was a bad guy. Yet, he was allowed to sublet a room in the house of God. It’s preposterous!

As ridiculous and foolish as it may sound, so many of God’s people are subletting rooms to bad guys. You see, we are called the house of God. We are to be a place that God dwells. Unfortunately, there are people that have taken their house and placed a room (or rooms) on Airbnb. And in those rooms, they are letting the devil reside; they have given space to the bad guy. When we do this, we are allowing him to make a mess of our souls. But we leave him there as we refuse to deal with our sin, our offenses, our addictions, and our pride. We give him space to roam in our hearts when we decide that the world’s way is better than God’s way.

So what do you do? Nehemiah responded this way in verses 8-9:  I was greatly displeased and threw all Tobiah’s household goods out of the room. I gave orders to purify the rooms, and then I put back into them the equipment of the house of God, with the grain offerings and the incense.

He stepped in with the authority he had and kicked Tobiah right on out of there. That guy’s voice would not remain in the house of God any longer. His influence would not pollute worship to God. Tobiah didn’t belong in the house of God and the devil doesn’t belong in yours. So stand in the authority of Jesus today and kick him out. Ask a friend to pray with you. Deal with the bad guys that you have leased space to. Clean your house friends – you will be glad you did!