Genesis 35:1-2 Then God said to Jacob, “Go up to Bethel and settle there, and build an altar there to God, who appeared to you when you were fleeing from your brother Esau.” So Jacob said to his household and to all who were with him, “Get rid of the foreign gods you have with you, and purify yourselves and change your clothes. 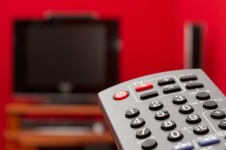 When God showed up to invite Jacob to Bethel, he changed the channel, too. Upon this invitation, he tells his family to get rid of the foreign gods. He tells them to get pure and change their clothes. What they were watching wasn’t good, but it took God showing up for them to change channels. It seems to me that with all of God’s blessings on Jacob’s life, that he wouldn’t have to scramble for the remote. There shouldn’t have been foreign gods there in the first place. Why not follow the Lord with all your heart even when no one is watching?

Let me ask you the same  question: why not follow the Lord with all YOUR heart even when no one is watching? Does it take someone walking in the room to change the channel? Does God have to show up on your doorstep for you to serve Him? I hope in my life the answer is no. I hope to serve Him the same when I am in public and when I am in private. I hope to honor Him when no one is watching. Because it shouldn’t take God calling me in for a meeting to change the channel. I should be on the right one to begin with.

*Do you need to change some channels in your life?

Daniel 6:5 Finally these men said, “We will never find any basis for charges against this man Daniel unless it has something to do with the law of his God.” 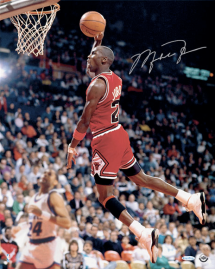 Daniel was a man above reproach. He did no evil, nor did he find himself in the grey area of the appearance of evil.  He was an upstanding man in whom no one could find fault.  So when the jealous royal dudes tried to do him in, they had a hard time with it.  They said to each other, “we will never find a way to file charges against Daniel.”  So they made up a bogus law and had him thrown in a den of lions. (Sorry about the use of “dudes” and “bogus.”  This feels like Bill and Ted’s Excellent Adventure so far.)

Most of us know the rest of the story:  Daniel prays and by doing so, violates the ridiculous law that people could only worship the king.  So he gets thrown in with some lions who don’t eat him, thanks to the Lord.  The king was a nervous wreck the whole time and was relieved that God saved Daniel.  Then he threw the accusers and their families in with the lions who ravenously destroyed them.  You know, classic Bible story stuff.

The takeaway for me from this whole soap opera isn’t necessarily that God rescued Daniel.  I so knew that He was going to do that; that’s just how God rolls.   No, what really stands out is the fact that these guys couldn’t find anything against Daniel.  Could that be said about me?  Let me rephrase that: that couldn’t be said about me.  But I want it to be.  I want to be someone who is so above reproach in that I could never be accused of something wrong.  So I must pursue holiness.  I must pursue a life in which I strive to be more like Jesus – not only to know him, but to think like him and act like him.

2 Kings 22:7  “But no accounting is to be required from them for the money put into their hands since they work with integrity.” 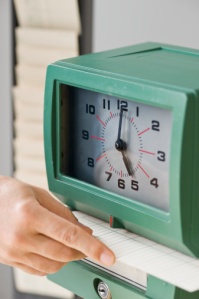 Some time ago, as I was preparing to move into full-time ministry, I had an ongoing battle with a time clock.  You see, I had been in management for a couple of years and no longer logged my time with the clock.  I was on salary, which meant that I worked more than 8 hours a day.  No need to clock in or out; just come early and stay late.  Then I decided I was done with that whole thing and returned to being an hourly employee.  It was a good season of my life as God was preparing me to be a pastor.  But I didn’t get along with the time clock very well.  Because after two years of showing up to work and heading straight to the office, I now had to stop by the break room and punch in.  And quite honestly, I forgot a lot.  So I would get these time edit slips constantly telling me I forgot to clock in.  And other times I would forget to clock out.  I worked my hours and I worked  hard, but logging them was something I had to relearn.

I like this passage in 2 Kings 22, because it says they didn’t have to use the time clock.  These guys were working hard at the temple and the king knew it.  So he told the payroll clerk to pay them and not worry about asking for their time cards.  He trusted them to do the job and do it well.  They didn’t try to show up to work late or leave early.  They didn’t take extra breaks or sit around visiting when they should have been working.  They weren’t taking excessive personal phone calls or texting all their friends.  (I guess that last one was technically impossible)

What kind of an employee are you? Are you someone who can be trusted to do the job with integrity?  As Christians we are called to set a standard.  It’s a standard like the one mentioned here in today’s scripture.  There should never be a gray area about the work that we do.  We should be honest with our time and our money.  Regardless of what everyone else around us is doing, we should be like those temple workers.  And it’s not because we might get in trouble if we don’t; it’s to honor the Lord.  Colossians 3:23 says “Whatever you do, work at it with all your heart, as working for the Lord, not for men.”   Approach your life, your responsibilities, and your job with this attitude today.  For this is the kind of integrity that should be present in our lives.

2 Kings 12:15 They did not require an accounting from those to whom they gave the money to pay the workers, because they acted with complete honesty. 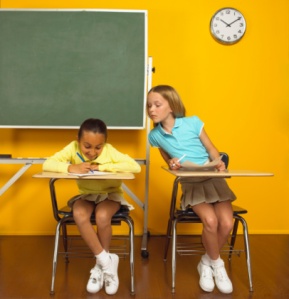 Integrity, ever heard of it?  It seems like today we have the most elaborate systems in place to ensure integrity.  We need time clocks, security systems, elaborate locks, accounting audits, and the like.  There is a great need for businesses to have a way to make sure their people are honest.  Because people cheat the system.  They steal money, time, and reputations.  What ever happened to integrity?  What happened to character?

It says in 2 Kings 12 that there was no time clock installed at the temple for the repair workers; they acted with complete honesty.  They worked hard for their money and didn’t try to get away with doing less.  They did the job right even when no one was keeping track.  Their job site didn’t require L & I insurance or a safety inspector.  These guys just did it right.  Why is that?  I think they understood that they were working for the Lord.  Colossians 3:23 says, whatever you do, work at it with all your heart, as working for the Lord, not for human masters.

As God’s people, we ought to approach life with the same mentality.  You see, the world is watching to see if you are honest.  They want to know if you are different.  Will they see a guy who shows up late to work but writes down that he was on time?  Will they find someone who takes the office supplies home for personal use?  Or will they find someone with integrity?  We should be different, friends.  We should be set apart from the world; we should be setting the benchmark for integrity.  If we could just wrap our minds around the fact that in all we do, we are really working for the Lord, it would change us.  Let that kind of thinking build in you Godly character and integrity today.

2 Samuel 1:11-12  11 Then David and all the men with him took hold of their clothes and tore them. 12 They mourned and wept and fasted till evening for Saul and his son Jonathan, and for the army of the LORD and the house of Israel, because they had fallen by the sword. 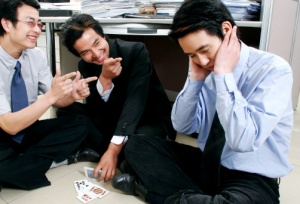 Something we humans do that pretty much drives me crazy is celebrating other people’s failures.  We laugh when someone falls and snicker when someone blows it.  It makes us feel better, I guess.  We have something in us that wants to rejoice when that jerk gets what he had coming.  And I wonder if all that really happens in our hearts is a phenomenon is something I call “success by elimination.”  You know, that’s when your team wins the game because the other team doesn’t show up.

Are we that insecure, that desperate?  Do we have no successes of our own so that we must rejoice when someone else fails?  What is wrong with us?  It’s what I despise about political campaigns, too.  All the energy is spent on pointing out the flaws of the opponent.  Why doesn’t anyone focus their energy on their personal success anymore?  Seriously.

David had no such problem and no such insecurity.  He was the underdog, the guy on the run.  Saul was the big bad wolf – the king who constantly tried to kill David.  So where was David’s happy dance?  Why didn’t he throw a party when Saul died?  Because he didn’t have to.  He was secure in who he was.  He had victories of his own to focus on.  Not only that, he recognized the authority that was placed on Saul by God and chose to honor it.  He mourned with and for Israel, for they had lost their king.  God would soon promote him, but it wasn’t up to him to get that job done.  He didn’t have to slander the guy going out to look better.  He had a heart for God and God’s love poured out of him, despite the circumstances he had walked through.  God wants it to pour out of us, too.