Hosea 1:2 When the LORD first spoke to Hosea, He said this to him: Go and marry a promiscuous wife and have children of promiscuity, for the land is committing blatant acts of promiscuity by abandoning the LORD.

At first glance, it seems that God used a very peculiar method of speaking through Hosea.  Admittedly, it looks strange on the second, third, and fourth glances too.   You see, God told Hosea to marry a promiscuous woman (some translations call her a whore or a prostitute).  She was to represent Israel and the fact that this was how God currently saw His Bride.  The kids had some strange names, too.  The first was called “God sows.”  The second two were called “no compassion” and “not my people.”

I wonder what it felt like for Hosea to have his life story being played out as God’s word to His people.  I wonder what kind of heartache he endured in order to be God’s example.  Frankly, I find it remarkable that Hosea was willing to live out God’s Word for Israel.  His life was literally a testimony of God’s voice to the people.

I’m not so sure I would love being used as God’s sermon illustration, but I do know this: I want my life to be a testimony for Him.  When it comes down to it, that’s what Hosea’s life was.  It wasn’t just the words that he spoke, but the life he lived.  He showed God’s heart to the nation through his life.  I want to show the world God’s heart through my life, too.  I want to be a representative for His greatness, His mercy, and His compassion.  It all starts when I say “yes” to Him.  When I surrender my ways for His, I become that living example for the world to see.

Daniel 12:4 “But you, Daniel, keep these words secret and seal the book until the time of the end. Many will roam about, and knowledge will increase.”

Do you yearn for that kind of relationship with God?  Do you pursue Him in prayer like Daniel did?  Are you putting yourself in a position to have God tell you a secret?

Daniel 10:10-12  10 Suddenly, a hand touched me and raised me to my hands and knees. 11 He said to me, “Daniel, you are a man treasured by God. Understand the words that I’m saying to you. Stand on your feet, for I have now been sent to you.” After he said this to me, I stood trembling. 12 “Don’t be afraid, Daniel,” he said to me, “for from the first day that you purposed to understand and to humble yourself before your God, your prayers were heard. I have come because of your prayers.

Daniel was a praying man.  When he had a problem, he prayed.  When he needed God’s view, he prayed.  When things were going great, he prayed.  Yes, Daniel was a praying man.  He is the type of man I want to be.  His focus is both inspiring and challenging.  Nothing stood in the way of his prayer life.  When James writes that the prayers of a righteous man are powerful and effective, he might have been thinking of Daniel.  This guy had some pretty effective prayers!  He prayed and an angel showed up to answer him.

Do we need an angel to show up and scare us half to death to know that God is hearing our prayers?  You see, the evidence of our prayers isn’t always going to be seen.  God is always working, always moving, always hearing.  Because of your prayers, things are happening in the heavenly realm that you can’t even see.   Yet we don’t have a commitment like Daniel because we are so results driven.  If we can’t see it, we believe nothing is happening.  It’s simply not true!  God is hearing and God is answering all the time.

Daniel 9:18-19  18 Listen, my God, and hear. Open Your eyes and see our desolations and the city called by Your name. For we are not presenting our petitions before You based on our righteous acts, but based on Your abundant compassion. 19 Lord, hear! Lord, forgive! Lord, listen and act! My God, for Your own sake, do not delay, because Your city and Your people are called by Your name. 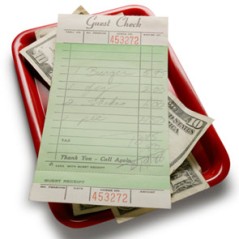 This prayer in Daniel chapter 9 cut straight to my heart today.  If you would go back and read it, starting with verse 1, you will see the power of it.  Daniel is coming before the Lord and confessing both his sin and the sin of Israel.  He recognizes that if he is going to see God move in his land, he must get right with God.  And amidst his confessions and petitions, a statement of New Testament proportions comes from his mouth: “For we are not presenting our petitions before You based on our righteous acts, but based on Your abundant compassion.”

Oh, how thankful I am for the Lord’s abundant compassion!  He sent His Son, Jesus to die for my sins so that I could be saved.  It is on the basis of His mercy and grace that I find life, not based on my righteous acts.  It’s a good thing, too.  Because I don’t always feel like I have many righteous acts to present to Him.  But He is the one who makes me righteous.  It was because of His sacrifice that I can stand before Him and be right with Him.  Have you ever been eating out and when you ask for the check, the waiter says, “it’s covered?”  It’s happened to me and I wonder what saint has paid for my meal.   Guess what?  Your life is covered.  Jesus has paid for your life!  He has covered you with grace and mercy and brings you into relationship with God.

And that mercy has been a part of His character for eternity.  Long before Jesus walked this earth, Daniel recognized the compassion of the Lord.  He recognized that although God had given them a bunch of rules to live by, he couldn’t possibly get it right.  He realized that his own righteousness would never save him.  So he cried out confessing his sin and asked the Lord to move in his land.  He called out to God, “these are your people – they are called by your name!”  You have been called by His name too, if you have received Jesus as Lord of your life.  So stop trying to be your own savior and lean into his mercy today.  When you begin to live covered in His righteousness, it will change everything.