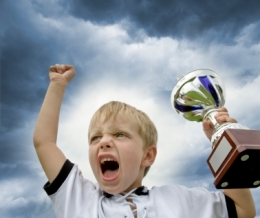 Success can do weird things to people. The same people who previously depended on others now claim to be “self-made.” They get lost in the riches of success. Pride overtakes their soul. They become elite, above others, and self-entitled. Now, that certainly does NOT describe every successful person. I have heard many an athlete, actor, business owner give credit to those that got them there. I love it when someone wins an award but gives the real credit to the person behind the scenes who did the hard work.

According to the Bible, David was a successful man. He had great wealth. He was king over the land. He had a great army, great loyalty, and great leaders. Near the end of his life, he handed off the task of building the temple to his son, Solomon. But he did more than just hand it off; he gave a large amount of his personal wealth to the project. He used his success for Solomon’s success. You see, David never got weird about his success. He was grounded in the truth.

1 Chronicles 29:16 Lord our God, all this abundance that we have provided for building you a temple for your Holy Name comes from your hand, and all of it belongs to you.

David recognized an important truth: It all belongs to God. This is a man who had built great wealth throughout his life, but never did claim credit for it. He recognized that He was anointed and appointed by God. He recognized that God was his provider. He knew that his wealth came from the Lord. David gave credit where credit was due.

How about you? When you think about money, resources, and things, do you hold on to them with white knuckles? Do you live in fear that you won’t have enough? I want to challenge you today to trust God as your provider. Throughout our lives, there are times of lack and times of abundance. We must give credit where credit is due. As David said, “It all belongs to the Lord.”